They never reveal their son’s face since he was born and it’s obvious that the wait was worth it as Banky Wellington took to his social media account on Instagram to share new pictures of his son for the first time since he was born.

He captioned these pictures with an interesting caption saying my baby had our baby and he is everything we prayed for. He also reveals the name of his son as he believes that this is the right time for people to know more about him and the name is Hazaiah Olusegun Wellington. 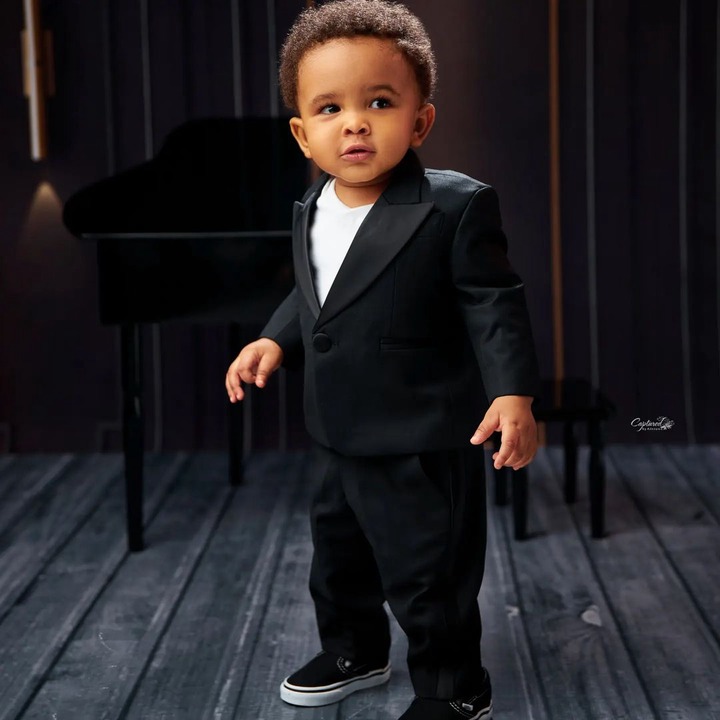 This little boy has a striking resemblance with his parents and it’s so hard to figure out who he resembles most but this is not yet up for discussion as fans and celebrities who are delighted to see these pictures pen down their exciting comments about these pictures and you won’t be surprised with what they are saying.

What are your thoughts about these pictures and who do you think the son looks like more than the parent?