It is no longer news that a 23-year-old lady identified as Ummakulsum Sani Buhari was allegedly murdered by her Chinese lover in Kano state after she refused to marry him as promised.

Following her death, many Nigerians have been demanding for her killer to be brought to justice, however, a man identified as Usman Libata while sharing on his official Facebook page has revealed what led to Ummakulsum’s lover taking the decision of killing her.

According to Usman Libata, he claimed that Ummakulsum’s lover sponsored her to Uganda where she obtained her first degree, he bought the house in which she and her family are living in with the promise to marry him in return.

This particular statement has attracted a lot of attention as many Nigerians, including a former lawmaker who represented the good people of Kaduna Central Senatorial District, Shehu Sani, took to the social media platform to react.

While sharing on his official Twitter page, the President of the Civil Rights Congress of Nigeria and human rights activist, Shehu Sani made it known that what Ummakulsum’s lover did for Ummakulsum and her family did not justify his actions. 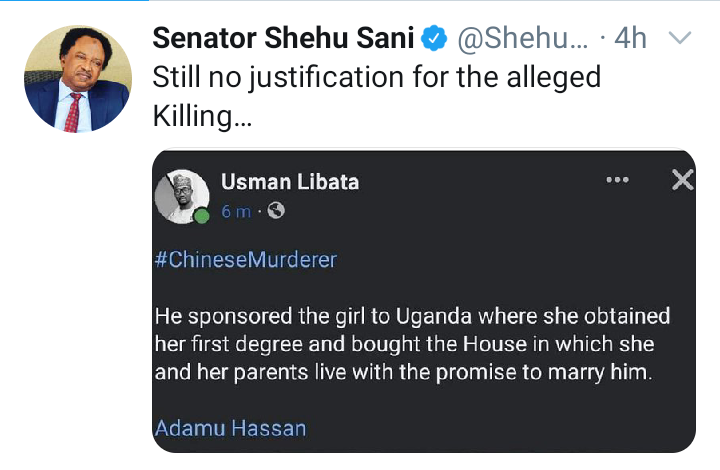