In the early hours of today, a correspondent of the Punch Newspaper reported that some youths in Ebonyi State were teargassed during their planned march for the Labour Party’s presidential flag bearer; Mr Peter Obi.

One of those attacked named Steve Ugama said, “the police officers said Governor David Umahi told them to stop our march (for Peter Obi).” The source added that aside being dispersed, about five (5) of his colleagues got arrested by the law enforcement officers.

In reports gathered by Punch Newspaper, the supporters were dispersed after gathering at a place (pastoral centre) in the state’s capital, Abakaliki. 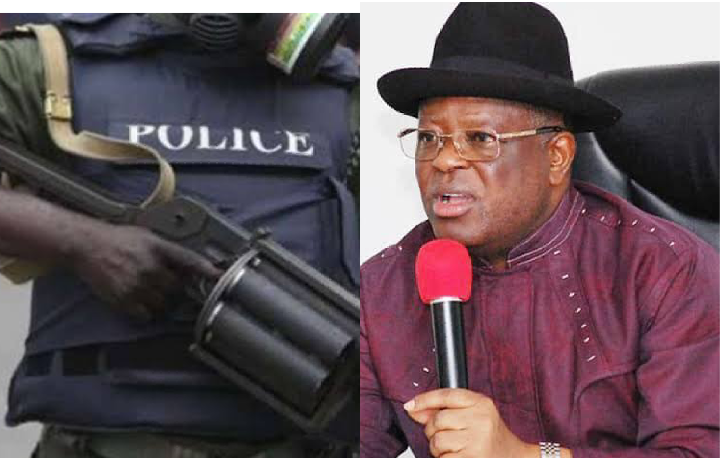 Steve Ugama finalized saying, “what happened is undemocratic and inhuman because what we gathered here for this morning was just a peaceful march but it turned something else.” 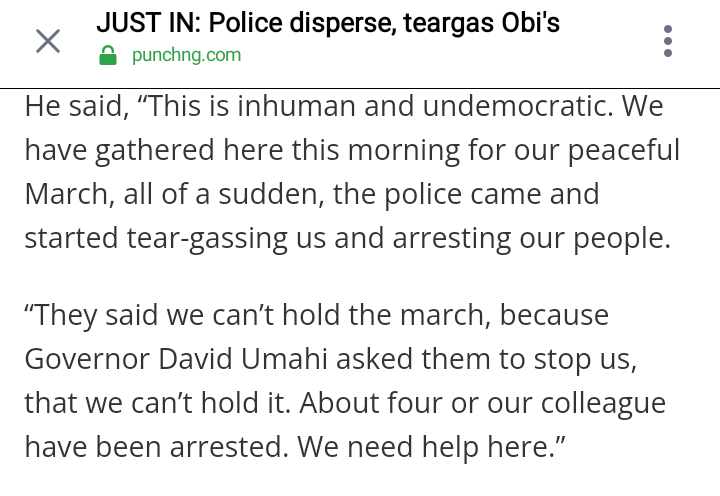 As at the moment of filing this report, the state government is yet to release a press statement concerning what really about during the planned march.