A Federal High Court in Jalingo, the Taraba State capital, has sacked the All Progressives Congress governorship candidate in the state, Emmanuel Bwacha.

Bwacha’s sacking comes after a petition by one of the aspirants, David Sabo Kente.

Relying on the evidence before the court that no governorship primary was held in Taraba, Justice Simon Amobeda ordered a fresh primary within 14 days.

The judge also ordered the Independent National Electoral Commission to stop forthwith the recognition of Emmanuel Bwacha as the candidate of the party and that the current senator representing Taraba South in turn should desist from parading himself as the governorship candidate of the APC.

There are strong indications that the Presidential candidate of the All Progressives Congress, APC, Bola Tinubu, may be a beneficiary of the crisis rocking the Peoples Democratic Party, PDP, as some PDP governors and leaders are said to have pledged to work for him in the 2023 presidential election.

It will be recalled that the PDP Presidential candidate, Alhaji Atiku Abubakar, and Governor Nyesom Wike of Rivers State have been in a frosty relationship over demands to remove the party’s National Chairman, Senator Iyorchia Ayu.

Also, Governor Seyi Makinde of Oyo State and a former Deputy National Chairman of the PDP, Chief Olabode George, among others, have called for Ayu’s removal.

The Council of Imams and Ulama, Kaduna State, has called on politicians and Muslims, in general, to conduct themselves in a peaceful manner free from rancour as the campaigns for the 2023 general elections commence.

The assistant secretary general, Imam Musa Tanimu, and the public relations officer of the council, Dr Abdullahi Maikudi, at a joint press conference, yesterday in Kaduna, also called on citizens to avoid statements that might cause a breach of law and order.

Mr Ewhrudjakpo spoke in Yenagoa when the Association of South-South Muslim Ummah of Nigeria visited him.

The deputy governor identified religious intolerance as a major cause of the insecurity and conflict in some parts of the country. 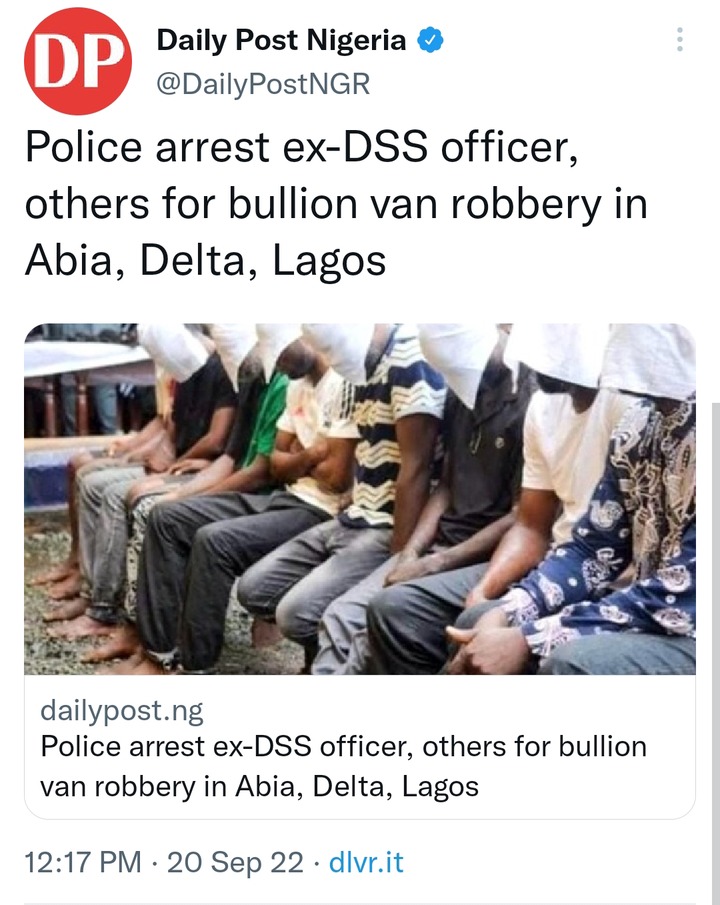 The Abia State Police Command has arrested 10 members of the robbery gang that attacked a bullion van on July 26 and carted away about N390 million.

Commissioner of Police, Janet Agbede said the suspects belonged to a 14-member gang that specialised in bullion van robbery across Nigeria.

The CP told reporters on Monday that the suspects were nabbed at different times and locations in Abia, Delta, Lagos, Ondo, Rivers and Imo States.